Air pollution does not respect administrative boundaries. This means that all levels of government have to work together – locally, regionally, nationally and internationally. There are a number of organisations at different levels that are involved with trying to improve air quality. There are some who conduct research and provide scientific advice, such as the World Health Organisation (WHO) and there are others that look to bind governments by using conventions and agreements, such as the United Nations. Then there are the formal governmental bodies that impose legislation, such as the European Union, and national, regional, and local governments.

View a more comprehensive list of these stakeholders in our full report.

London is different to the rest of the English local authorities in that the Mayor provides the guidance for air quality plans, rather than central government. This change was implemented due to the recognition that London needs to go further than other areas as the problem is so severe. The unfortunate effect of these many layers of action and control is that it can become confusing to know who is responsible for what, and what each stakeholder is doing.

Local authorities have been leading on improving air quality for years. They have a number of policy tools at their disposal to improve air quality, such as improving the public realm to encourage walking and cycling, the introduction of green infrastructure to reduce pollution naturally and using their planning powers and parking roles to encourage less polluting buildings and vehicles. But local government funding pressures are making it harder and harder to hold back the tide of pollution, with London’s population growing year on year. 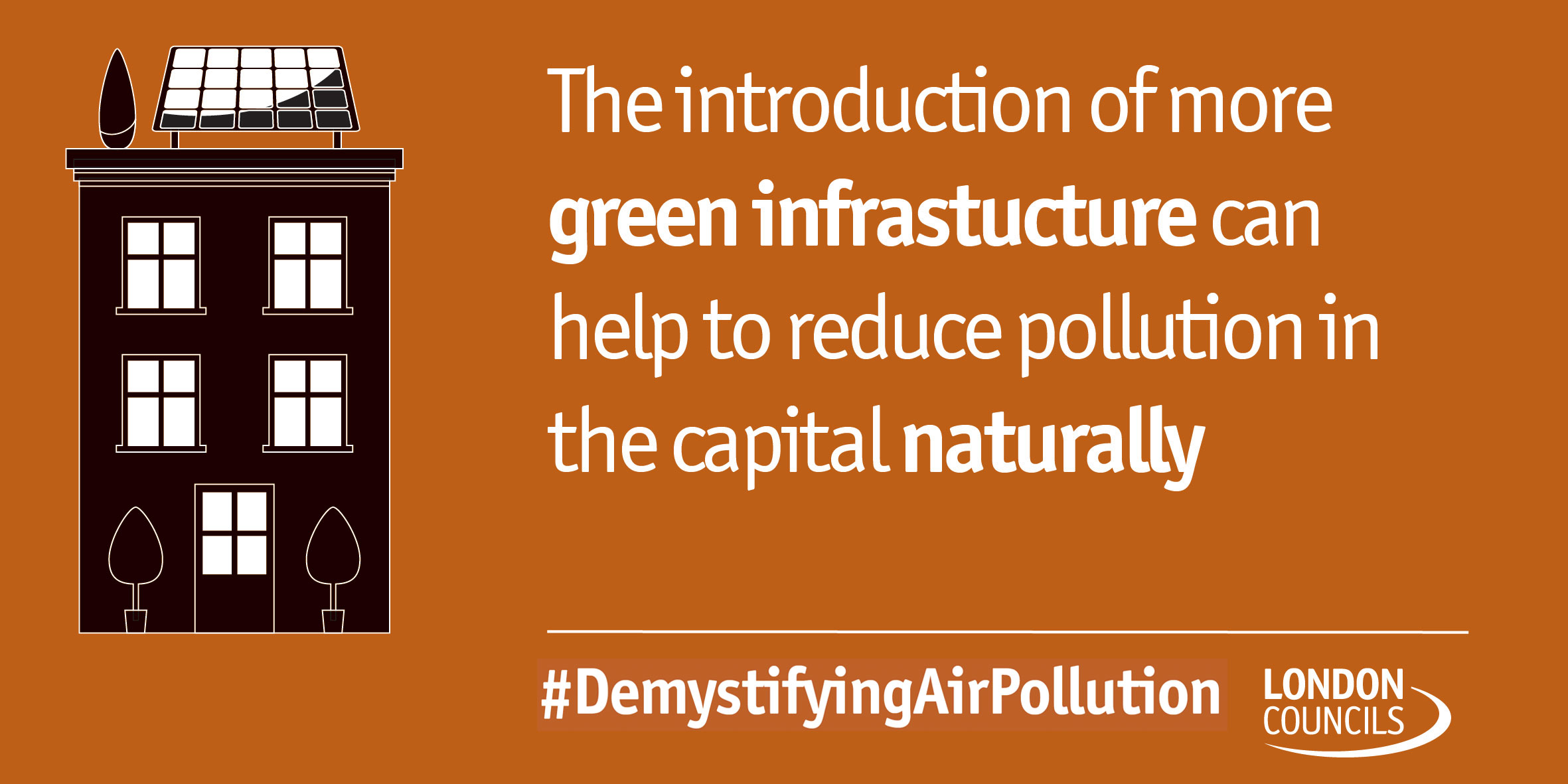