The role of councils in social care has shifted significantly over the last few decades, from provision of services, to commissioning and increasingly to personalisation by supporting people to choose and manage the support they want to meet their own needs.

However, it has become increasingly difficult for local authorities to carry out this role as they have faced increasing budgetary pressures. Social care is absorbing a rising proportion of the resources available to councils. The amount of local government funding allocation being spent on statutory services such as social care is expected to continue to increase in the coming years.

The scale of the funding crisis in adult social care (ASC) is such that it has required several major policy and funding interventions by government during the 2015 Spending review. 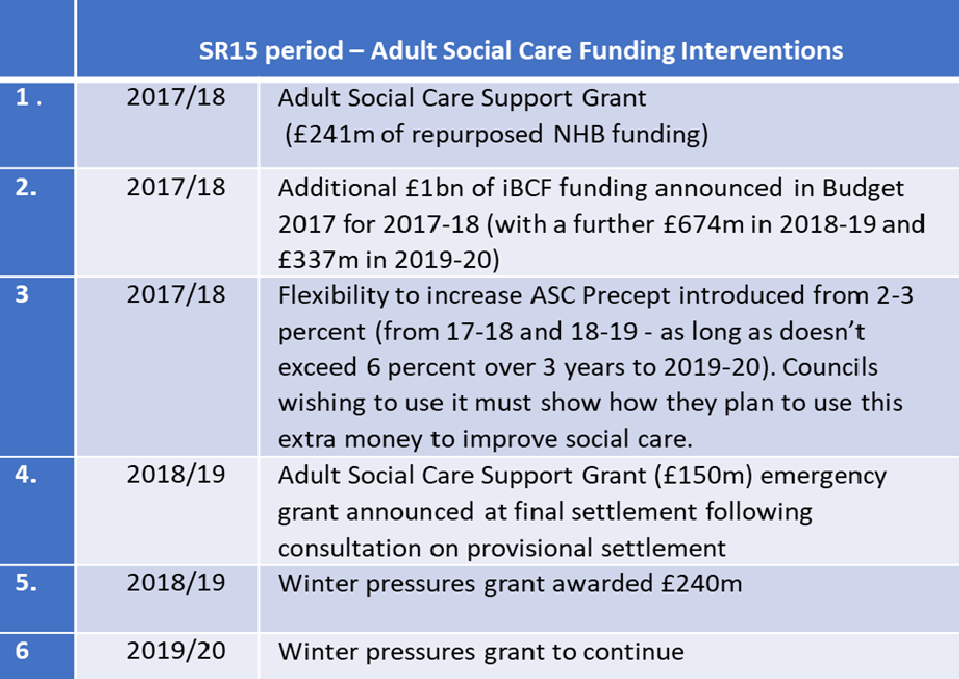 Undoubtedly, the cuts to social care would have been even worse had the government not been forced to intervene with these emergency interventions which have totalled over £3.7 billion across England. London boroughs have received around £475 million of this funding.

However, despite these additional funding boosts, this additional funding has not fully met the funding gap in the sector. Adult social care in London continues to face a number of challenges arising from a combination of long-term public spending constraint, significant demographic growth and increased complexity of cases.

The younger profile of London can be primarily attributed to the influx of working age population due to a reasonably buoyant labour market and a considerable proportion of rented houses more likely to be occupied by unmarried young people without children. The implications of this age variance between London and other regions is that the formulas used for funding adult social care are weighted in favour of elderly populations, London’s younger population therefore puts London at a disadvantage when it comes to funding

London Council estimates estimate that by 2025 London will have a funding gap in the region of over half a billion pounds (£540 million) in adult social care.

See below some of our work on adult social care funding:

A case for sustainable funding for social care

This report by London Councils and supported by Ernst and Young describes collaborative research undertaken to explore the scale of the funding pressures on adult social care and the extent to which these could be mitigated through achieving greater efficiencies in the way that social care is managed, procured and delivered.

The debate on the role of integration in providing a holistic health and care service has been ongoing for a number of years. London Councils submission to the Public Accounts inquiry sets out some of the challenges to integration and some of the funding pressures that are facing the sector.

We carried out initial research to assess the potential impact of the commission’s proposals on the future funding needs for adult social care in London.

London Councils made a formal submission to the Treasury on the Spending Review 2015 (SR 2015), this paper focuses specifically on adult social care funding.

We believe that the Spending Review must be seized as an opportunity to address the challenges facing social care if health and social care are to remain sustainable over the next five years.